It’s St Andrew’s Day. That means us Scots are giving you English another opportunity to win a trip to Australia just like 2017 winner Nick Page did at London’s Underbelly Southbank earlier this year. 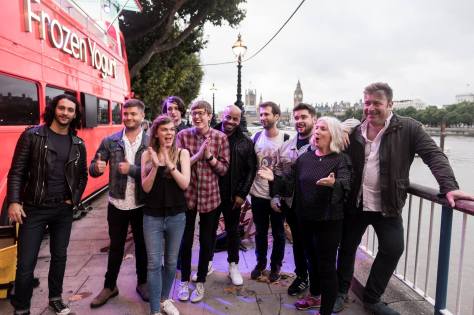 In the past 3 years 6 of the 8 Scottish English or Irish finals have taken place in festival speigle tents that have been subjected to storms. Last week’s Scottish Comedian of the Year final took place in Glasgow’s Rotunda Comedy Club – the biggest in Scotland. Leo Kearse was the winner… No Comedy wa the winner. The atmosphere was as electric as spilling a pint on a mixer and macbook… It was awesome!!!!

So… If you want a chance to win £1000 and a trip to Australia to perform at the Perth & Adelaide Fringes then get entering.

WordPress.com is excited to announce our newest offering: a course just for beginning bloggers where you’ll learn everything you need to know about blogging from the most trusted experts in the industry. We have helped millions of blogs get up and running, we know what works, and we want you to to know everything we know. This course provides all the fundamental skills and inspiration you need to get your blog started, an interactive community forum, and content updated annually. 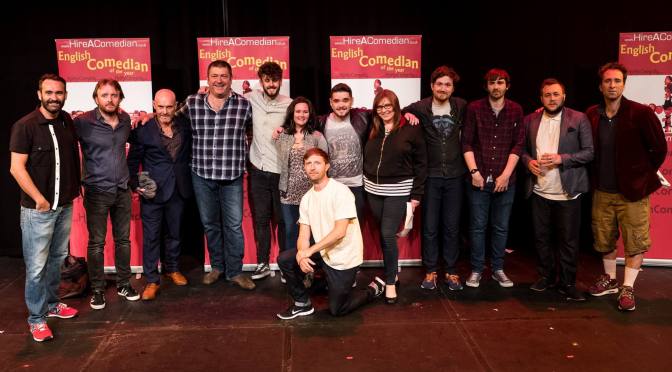 After the last 2 semi finals in Edinburgh the line up for the 2017 English Comedian of the Year final is now complete.

The line up is:

Adam, Lauren and Nick are previous ECOTY finalists, where as Edinburgh based Liam was in the final of Scottish Comedian of the Year 2 years ago.

The final takes place at London’s Underbelly Southbank on Tuesday 5th September. Tickets can be purchased at via Underbelly

The winner receives £1000 plus a trip to Australia to perform at the Perth and Adelaide Fringe festivals where they will join the Scottish and Irish winners and we will work them like dogs in the heat.

Look at the faces above. Without doubt that is the strongest line up of any comedy competition final ever. Have you got what it takes to make it to the final of English Comedian of the Year 2017… Are you funnier that even one of these guys? Do you want to win a trip to Australia?

Also, do you want to actually earn money at the Edinburgh Fringe? This year will having a Best of English Comedian of the Year show. The Scottish version has been running for years, sells out and helps former finalists showcase their wares for their solo shows.

So, what’s the deal?

£1000* and a trip to perform for 2 months at the Australian fringe festivals in Perth and Adelaide… where they will earn a bucket load of foreign currency worth double Sterling!

Heats will take place nationwide from February to May. Semis in June and as per usual the final will be in London in July.

Simply fill in this form https://goo.gl/forms/3SYhp49fVPB9ke4g1

*Sorry Brexit fucked the budget. Blame your parents generation for being dumb. If the pound improves between now and June it might increase. 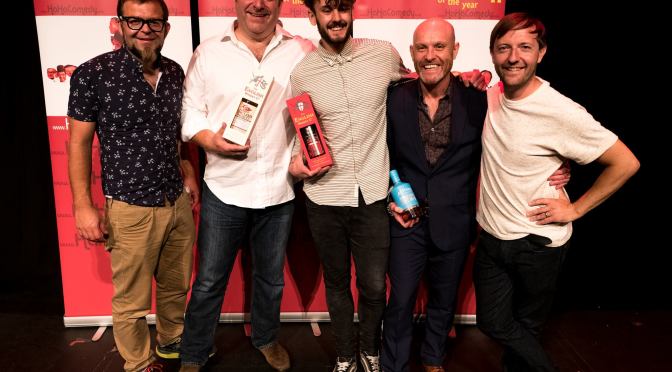 We completely forgot to update this site that Josh Pugh won a very very competitive final back in July. The youngster has won ever single competition he has entered in 2016 and by winning the big one gets a trip to Australia.

Veteran comedians Nick Page and Eddy Brimson came 2nd and 3rd, ahead of a line up filled with some of the best circuit headliners in the UK.

One week into Fringeworld, Perth, Australia and entries are now open for the English Comedian of the Year Competition 2016. The top three acts from ECOTY 2015 are all out here performing their solo shows alongside the Best of English Comedian of the Year package.
You could emulate them and win £1500 and the month long trip to Australia to perform at the Adelaide and Perth Fringe Festivals in 2017.

Heats for English Comedian of the Year will take place in March, April and May.

The final will take place at Udderbelly Southbank, London on Monday 4th July.

If you want to enter please complete this form:

It’s St George’s Day and entries are now open for the English Comedian of the Year Competition 2015. You could win £1500 and a month long trip to Australia to perform at the Adelaide and Perth Fringe Festivals

England… Are you funnier than 2014 English Comedian of the Year winner Jack Campbell?

As part of his prize last year’s winner is just back from a month in Australia performing to sell out audiences at the Adelaide Fringe.

To enter English Comedian of the Year please complete this form:

The English Comedian of the Year finalists for 2014 are:

The show will be compered by a mystery guest comedian who is a household name in the UK and Australia.

Since 2006 Alan Anderson of Ha Ha Comedy has been running the annual Scottish Comedian of the Year competition. It has grown to become one of the most prestigious comedy competitions in the UK. With over 700 Glaswegians attending the final, as well as sold out semi finals and heats garnering audiences up to 200 each, it is certainly the best attended comedy competition in the UK.

In 2009 the first English Comedian of the Year competition was launched. On St George’s day in London’s Leicester Square Theatre Matthew Osborn was crowned the winner.

The 2nd year’s competition in 2010 got off to a bad start with Alan getting stranded in a snow filled Scottish glen for a week, more bad weather, hospitalisation, stranded by an ash cloud and the birth of his first child scuppered completion of the first round of competition and it was put to sleep.

Now, four years later, in what will be a very significant year for relations between Scotland and England, it is time to resurrect the English comedy beast, as well as the inaugural Australian Comedian of the Year competition, which will take place during Adelaide Fringe 2014.

On Monday 7th July 2014, in the middle of the football world cup and on the same day the Tour De France visits Buckingham Palace, the 2014 English comedian of the Year will be crowned at London’s Underbelly Southbank.

He or she will win:

The likelihood is that there will also be a one off 2014 Edinburgh Fringe show featuring the Scottish, English and Australian Comedians of the Year.

Plus maybe a tour.

But we’ll finalise all that nearer the time.

In the meantime… Who can enter?

English Comedian of the Year is NOT a new act competition… It is open to all English comedians*, no matter how experienced or high profile, who have been gigging regularly for more than 1 year from 31st December 2013.

*You must fulfil the following criteria:

3. You have at least one English Grandparent.

4. You have lived in England for minimum of 3 years.

You must have been performing comedy for a minimum of 1 year.

You provide us with a link to a youtube / vimeo or similar of you performing a comedy routine for a minimum of 5 minutes.

To enter English Comedian of the year please complete this form:

English Comedian of the Year

English Comedian of the Year

Smile! You’re at the best WordPress.com site ever